Home » The New Old Age: Conference on Aging
Privacy Policy This post may contain affiliate links for products I recommend. If you purchase, I may earn a small commission at no cost to you.

The other day I was invited to a conference on aging that took place in New York City called “The New Old Age.” It was put on by The Atlantic and was live-streamed for 3 hours so I could watch it from my home in Los Angeles. As much as I love to travel, it’s exciting to feel like you’re “in the room” even when you’re thousands of miles away.

The conference had various speakers including Norman Lear, who at age 95, is still working, writing, and traveling from event to event. It focused on how we perceive aging and how it’s marketed in the media.  Below are my takeaways. (I apologize in advance for this being a long post but I hope you think it’s worth it) 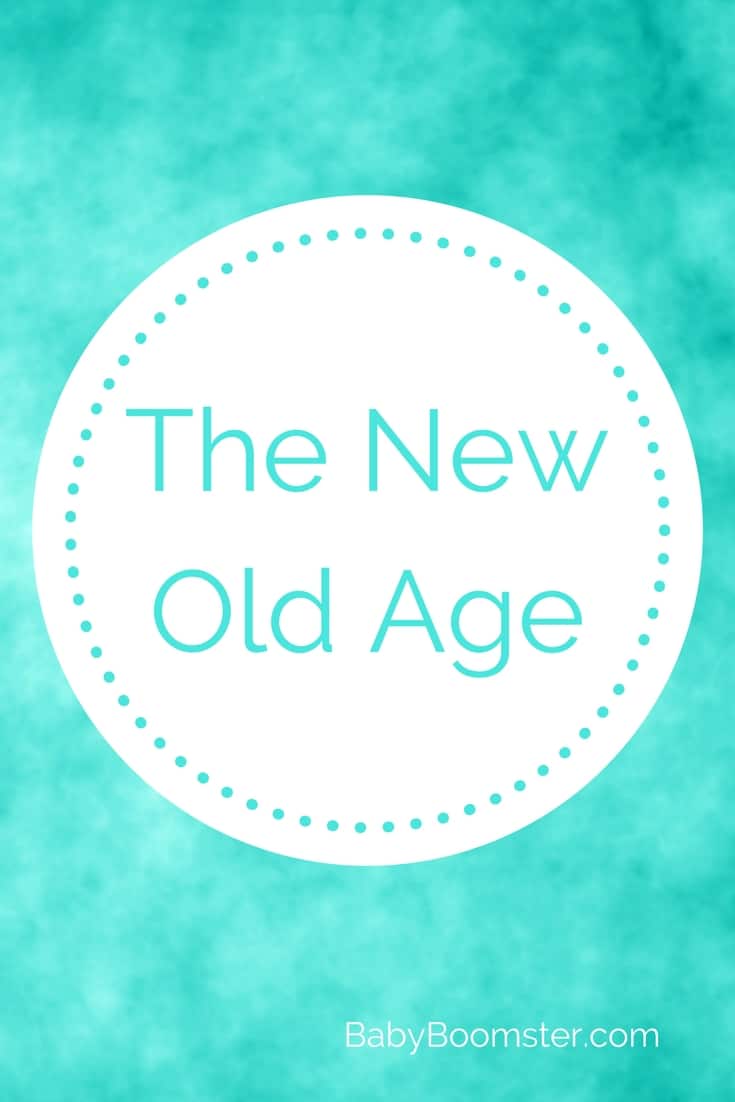 On Media: Portrayals of Aging

The first panel included Susan Donley – Former Publisher and Managing director of Next Avenue – a blog for women over 50, Anne Kreamer – author of Going Gray: What I Learned about Beauty, Sex, Work Motherhood, Authenticity, and Everything Else That Really Matters, and Michelle Lee from Allure Magazine with Allison Stewart – contributing editor for The Atlantic.

They talked about how aging is marketed in the media. The term anti-aging sounds like killing something. Other phrases such as “women of a certain age” or “over the hill” may also want to be reconsidered. Instead, why not use words like “radiance” “luminous” and celebrate aging because some people aren’t fortunate to live that long?

Michelle told us that many of the advertisers at Allure want to join in on their “anti-anti-aging” campaign. They include diet product brands that focus on being healthy rather than skinny. It’s the same with beauty products. Make the focus “healthy-looking” rather than “young-looking.”

Anne Kreamer used to dye her hair various shades of orange and other colors before finally going gray. She said it takes time to do it. Women didn’t start to dye their hair until Clairol came around with safe home hair care products at about the same time most of us started to go to work in the early ’70s. (at the beginning of Women’s Lib)

Going gray often affects a woman’s earning potential. When Anne approached headhunters, the first words out of their mouths were “ We have to do something about that hair.” If you think about it, NONE of our female senators have gone gray. A few female governors have, but not senators. The same goes for broadcasters. Most have not.  There are a few female actresses like Jamie Lee Curtis and Helen Mirren but other than that, not many.

Anne calls for more female executives to dare to go gray. Everyone has fantastic hair. You get a little paler as you get older so you may have to adjust your hair and makeup once you go au naturale.

Susan from Next Avenue remarked that Next Avenue’s most viral post was “What Not to Wear After the Age of 50.” The post flips what we wear as we age on its head. Next Avenue balances the positive aspects of aging with the negative. It’s all about authenticity. Life is hard, sometimes and they talk about end-of-life and long-term care to remain realistic.

Aging in Place usually refers to being able to stay at home for as long as possible and places like Good Neighbors provide a social and supportive environment for seniors that allows that. However, the key takeaway from this panel was that seniors need to “age in the right place for them.”

Being social and not isolated is a critical factor for healthy aging and longevity. Ellen stated that “Isolation and loneliness are going to be a national problem like obesity. Communities need to think of options and choices. Some people are better off in a senior living community Literature on aging focuses on assistive devices rather than social connections and happiness.

Joyce recommends positive aging. Her group hosts events with titles like “Old Folks Telling Jokes” and Sip and Schmooze.” Humor is vital as we age.

Kathryn says, “Diabetes has to be considered in systems of care.” It’s the main cause for older people to develop physical disabilities as they age. Medicare is the first insurance to pay for it but Medicaid does not.

Building an infrastructure to support seniors is a priority because Baby Boomers are quickly becoming the largest population of seniors.

Katherine Switzer – Humana –  ran the Boston Marathon in 1967 and did it again 50 years later, Yolangel Hernandez Suarez – Humana, George Shannon – Actor for 30 years. He did well in commercials, voice-overs, and soaps. George went back to school and got a Ph.D. and is now an associate professor in Gerontology. He researches creativity in aging.

Most people want mental and physical health and a sense of purpose in old age.

With Baby Boomers aging, how does this affect people who work?

Monique – We have a lot of Baby Boomers still working. We don’t do a good job of providing jobs for people who become unemployed. Many Baby Boomers do encore jobs. Read “Nomadland: Surviving America in the Twenty-First Century” – for people who don’t have anything in their 401K.

The 2008 downturn knocked a huge amount of net worth down for Baby Boomers. Most have not totally recovered. The average Baby Boomer doesn’t have much in the way of retirement income.

Avery – A novelist who would probably be teaching and writing if he didn’t found his company, “Here’s My Story.” He brings history to life in places you don’t expect to find it. You can view it on your phone and follow people into the past. It’s a location-based learning experience for National Parks and school children.

Liz – has a Harvard MBA and owned her condo. She had her electricity turned off and was on food stamps after using her own money to start her own business. During the recession, she lost two consultancies that took her salary to zero. She was in her late 50’s and not getting called back even though she was applying for work everywhere.  To others, she appeared normal because she wore the same clothes and lived in the same place. It inspired her to write her book.

Monique – Everyone thinks we have 401k’s. There was a minor change in the tax code where pensions were replaced. Once employers realized they could shift the cost of retirement onto employees, they replaced it. Some employers didn’t match funds. Most employees were clueless on how to manage their investments.

Liz – Create a resilience circle of friends to remind each other who you are. They can help to give you the scaffolding you need when you’re vulnerable.  Get off Your Throne – If you aren’t going to make the money you’re used to, you’ll get offers for things you can’t imagine yourself doing like organizing someone else’s closet. Liz learned, through her experience, to get off her throne and do what she needed to do.

Monique – Health Care Costs – One of the reasons older people don’t get back in the workforce is health care. Older workers need more health care and employers know it. She suggests they take health care out of the equation.

Searching for Grandma on the small screen

Only 3 shows out of 72 had proportional representation. Out of 72 shows, not one has a senior character that is Asian. 70 do not have a Hispanic senior. 64 do not have an African American senior.

The reason? – It’s not unconscious. It’s very conscious. Very few showrunners, writers, or directors are seniors. Only 12.6% are 60 plus. Ageist comments on TV causes anxiety in older people. If more seniors, women, and minorities were behind the camera, shows would reflect life more accurately

Is it the woman who lies about their age?

The fact is, the older a woman is, the less likely she will work in Hollywood.

TV is better than film in this regard. However, only 8.4% of series regulars are over 60. Grace and Frankie is a good example of casting seniors. What creates ratings and return on investment?  It’s a missed opportunity.

Only 3% of African American women work as a director.

Language and the media.

“I’m having a senior moment.” You would never say, “I’m having a Hispanic moment.” Ageist comments by younger writers, directors, and showrunners are antithetical to principles we need to have mind, body wholeness.

You would never say, “I’m having a Hispanic moment.” Ageist comments by younger writers, directors, and showrunners are antithetical to principles we need to have mind, body wholeness.

Producer, writer, director, and author of “Even This I Get to Experience” speaking to Allison Stewart of The Atlantic. Best known for “All in the Family.”  (His book is amazing, by the way. I read it)

How did you spend your 95th birthday?

We had 7 parties. He did a fundraising event for the American Way in NYC and did one in Chicago the night before (Not bad for 95)

What does old mean to you?

Norman has a new sitcom in the works centered around old people called “Guess who Died?” He just sold it to NBC and they are starting to cast. At first, he wanted to produce an animated show called “When the Fat Lady Sings.” Kirk Douglas would have one line, “Never have a stroke.”  “Guess Who Died?” didn’t have a warm reception when he pitched it to the networks. They responded,  “Not our demographic.”

Storylines in “Guess Who Died?” range from a guy who is in love with his wife who has Alzheimer’s to him using Viagra.

Norman has his own podcast and has adapted to new media like Netflix. He also has a twitter account where he’s not afraid to talk about politics. In the tweet below he took a knee.

“I don’t believe we are led well in both pharmaceuticals and politics.

On our current leader

Middle Finger of the Right Hand – This is the kind of leadership you’re giving us. Fuck You!

On laughter being the best medicine and why comedians live long

Who do you most admire?

There are so many people I’ve admired. Each man is my superior in that I may learn from him. There is something to learn from everyone if one pays sufficient attention.

The secret to a happy life

Over and next. When something is over, it’s over and we’re on to the next. The best definition of living in the moment. I have lived 95 years, months, weeks, hours, just to be here to see you looking at me. Every split second of my life is to say I’m finished.

New Vocabulary from the seminar

Farewell to a senior moment, anti-aging, and instead of aging in place, aging in the right place.

Join us on ZOOM Oct 27, 11 AM PST to talk about the state and future of travel as well as how Collette Travel is implementing safety precautions. Find out more about the fabulous trip to the Irish Countryside we have planned and how you can join us in October 2021.