Home » Who Gets Bronchitis in the Summer? Apparently, Me
Privacy Policy This post may contain affiliate links for products I recommend. If you purchase, I may earn a small commission at no cost to you.

For the last few years, I’m managed to avoid catching a cold. I used to get Bronchitis all the time and it sucked. That meant struggling to breathe and having to take antibiotics. But then, I stopped getting sick. I attribute my turn of good luck to diligently applying Thieves Oil every day to both of my wrists. I don’t know how else to explain it but it really worked. I had a good run of perfect health until a few days ago when my throat started to get scratchy. 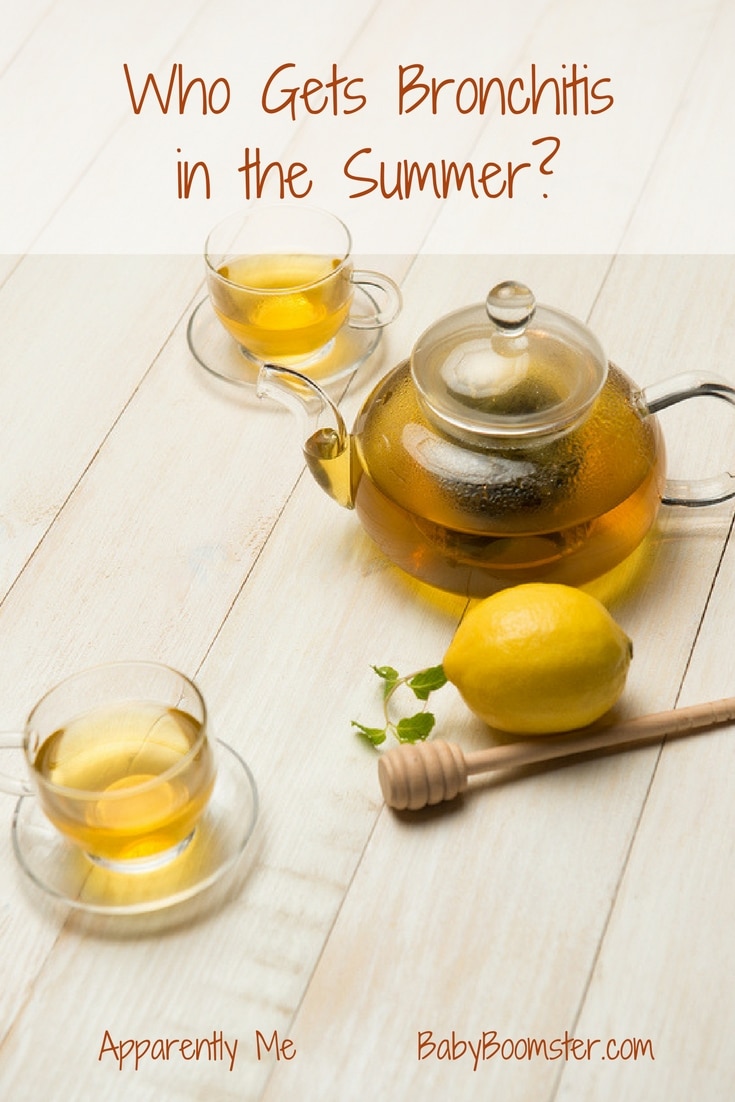 I was hoping it would go away but it eventually transformed into the dreaded bronchitis cough. Uh Oh!  I was screwed!

Meanwhile, I drank hot lemon juice and honey, (occasionally adding some bourbon) and kept up my walking routine, hoping to keep it at bay. A couple of days later, I woke up with my eyes glued together. My eyes were filled with boogers and my right eyelid was swollen. I looked like the walking dead and knew I had to do something fast. Getting bronchitis after 60 isn’t anything you want to mess with because no one wants pneumonia.

Wait a minute!  It’s summer for God’s sake and I live in L.A. Flu season hasn’t even started. I had just been in for a checkup two weeks ago and was perfectly healthy. My doctor held off on giving me a flu shot and told me to make an appointment for November when people actually get the flu.  The week before I had come in for a lipid panel. People were sitting there coughing and I tried to move away but someone must have got me! Grrrrr!

I couldn’t get an appointment the day my eyes got stuck so I high-tailed it to the ER at St. Joseph’s in Burbank. The waiting room was almost empty. (Pheww!)  I was in and out of there within an hour armed with prescriptions for a Z-Pak, cough syrup with codeine, eye medication, and an inhaler if I need it.  Luckily, I was breathing fine.

I’m convinced my daily walking routine has helped keep my lungs from getting too congested. Every morning I get up early (before it gets hot) and walk my dogs. Then, I go out by myself for 40 – 90 minutes to explore my new neighborhood.  It keeps my blood pressure regulated too because I sit too much working on my computer. I try to get out at least a couple of times a day for short walks and the dogs are happy about that.

A couple of days on the Z-Pack have helped except that I still have laryngitis. That isn’t fun when I have to lead clients through website tutorials.

I’ll probably get yeasty from taking antibiotics. It’s a cycle I was hoping to avoid but probiotics should help. Oh, the joy of living and breathing!

What to do if you get bronchitis

I’m starting to feel better and will survive, but it’s given me an excuse to watch way too much CNN!