Home » Brigadeiros Brazilian Candies: Small Treat, Big Heart – Recipe
Privacy Policy This post may contain affiliate links for products I recommend. If you purchase, I may earn a small commission at no cost to you.

This marvelous candy craze began in Brazil during the 1940s. It was wartime. Picture how hard it must have been, to get your hands on fresh fruits or decadent sweets. Near impossible. Enter The Brigadeiros and a few creative women from Rio de Janeiro who helped dream them up. (recipe at the bottom of this post) 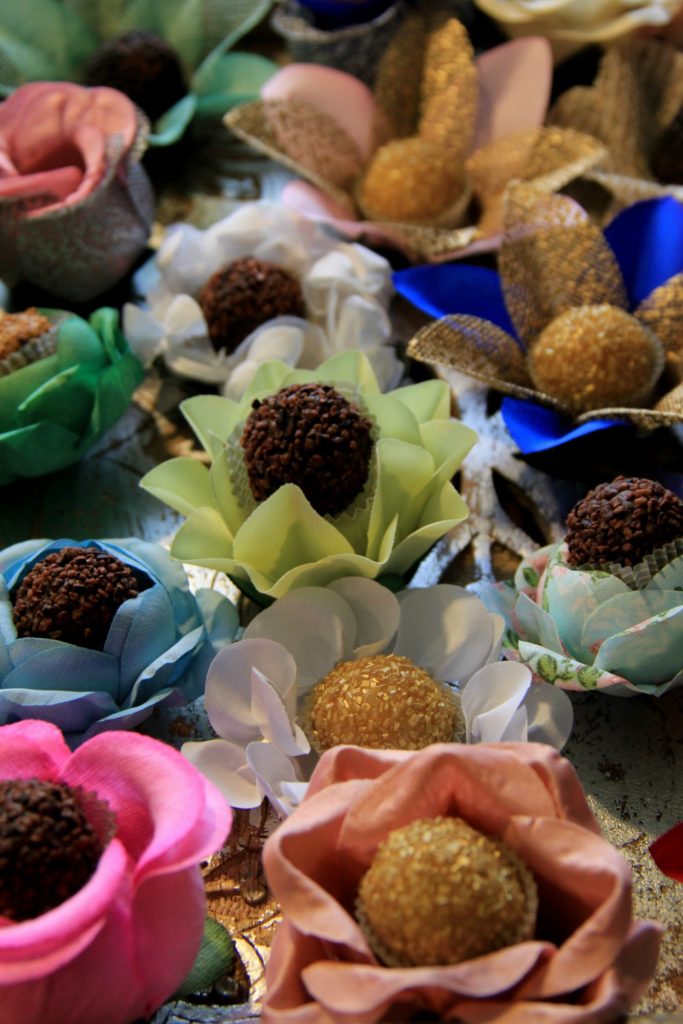 They knew they’d have to make something great, using the few ingredients they almost always had on hand in the kitchen. Unsalted butter, rich-flavored cocoa powder, and condensed milk were about as simple as a cook could get, but mixing these items yielded a marvelous candy that caught on like wildfire. They were an instant hit with everyone who tried them. 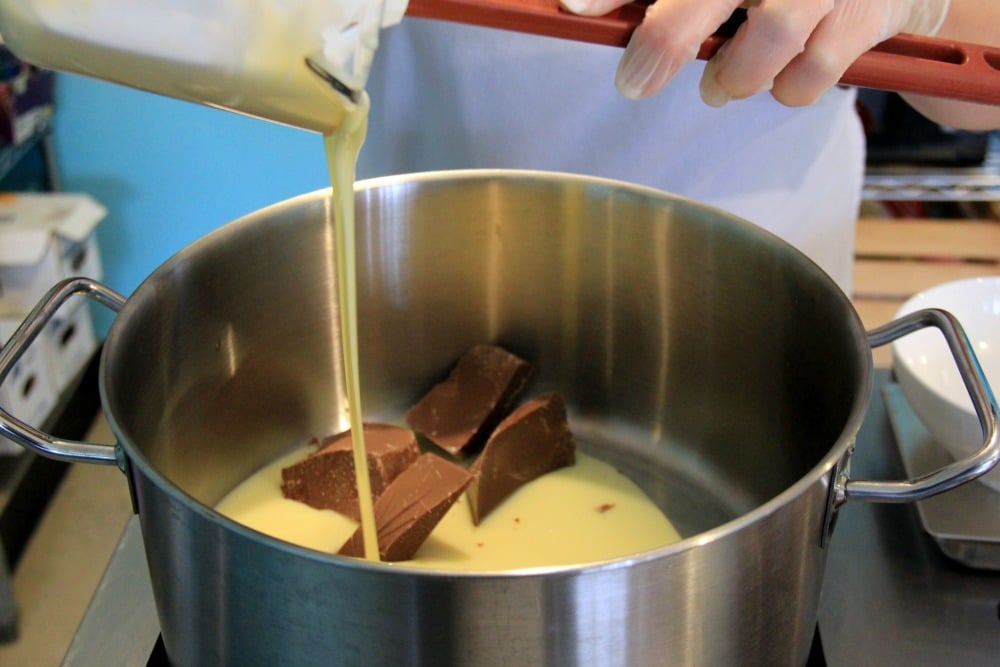 There are a few different stories about the confection otherwise known as a Bon Bon. But, I loved the version I heard when talking to Tais Masala owner of Bon Bon Brazil NY. (Sadly, no longer open)

The history of Brigadeiros

The candy was named after a very handsome man, Brigadeiro Edward Gomes. He was a revolutionary and a high ranking member of his country’s Air Force. He was a brigadier general. In 1945, Gomes ran for the Brazilian Presidency but lost to Eurico Gaspar Dutra.

It was the first year that women were allowed to vote in Brazil and the fact that he was so good looking did not hurt the cause.

During the campaign in Sao Paulo, the creamy confection was made, rolled in sprinkles and then handed out to his supporters in the crowd.

Perhaps the ladies had a crush on him?

Tais remembers the sweets from her childhood. She loved them. They were popular at birthday parties and other family celebrations. They were a symbol of love, happiness, and togetherness.

When she turned 11, they had a big birthday party for Tais. She wanted Brigadeiros to be part of her own special day and may have been surprised when her mother handed her both the recipe and responsibility of making the treat for her guests. She was up for the challenge and made 250!

She has been in America for three years and we’re so lucky she brought this wonderful tradition with her. Right now you can find her at several Farmers Markets and online. Soon, she will be in Bolton Landing, NY. Her candies are gluten-free and as you’ll see below, she started with tradition, then, put her own delightful spin on the other flavors.

Don’t be afraid to be like Tais, she gets very creative when she makes her specialty candy.

This website uses cookies to improve your experience while you navigate through the website. Out of these, the cookies that are categorized as necessary are stored on your browser as they are essential for the working of basic functionalities of the website. We also use third-party cookies that help us analyze and understand how you use this website. These cookies will be stored in your browser only with your consent. You also have the option to opt-out of these cookies. But opting out of some of these cookies may affect your browsing experience.
Necessary Always Enabled
Necessary cookies are absolutely essential for the website to function properly. These cookies ensure basic functionalities and security features of the website, anonymously.
Functional
Functional cookies help to perform certain functionalities like sharing the content of the website on social media platforms, collect feedbacks, and other third-party features.
Performance
Performance cookies are used to understand and analyze the key performance indexes of the website which helps in delivering a better user experience for the visitors.
Analytics
Analytical cookies are used to understand how visitors interact with the website. These cookies help provide information on metrics the number of visitors, bounce rate, traffic source, etc.
Advertisement
Advertisement cookies are used to provide visitors with relevant ads and marketing campaigns. These cookies track visitors across websites and collect information to provide customized ads.
Others
Other uncategorized cookies are those that are being analyzed and have not been classified into a category as yet.
SAVE & ACCEPT
200 shares