Home » Losing Our Parents – a Fact of Life for Baby Boomers
Privacy Policy This post may contain affiliate links for products I recommend. If you purchase, I may earn a small commission at no cost to you.

One of the topics this site focuses on is longevity but it’s mostly about living life to the fullest and enjoying it. No one can predict when our life or that of a loved one will end. Losing our parents is a fact of life we all must deal with but we’re never ready for it when it happens.

My family was just dealt a double whammy.

While I was in eastern and central Europe cruising down the Danube, I learned that my dad had passed away. He was 90 years old. The ship had just landed in Vienna at the time. There was nothing that could be done, and although I was sad, we continued on with our trip.  He was to have a VA memorial in Grand Junction, Colorado with full military honors after my return.  Dad had served in the Army Air Force during WWII as a corporal and escaped death as a bomb site technician and bombardier.

The family gathered together in Hotchkiss, Colorado for the memorial.  Mom, who had always been fairly healthy, was not doing well. It wasn’t so much because Dad had died but because something, that will remain unknown, had taken over her body. She was unable to move or do anything for herself.

Their marriage had lasted 62 years, but Mom constantly gave Dad a hard time. She hadn’t forgiven him for some past indiscretion.  Her illness had made her brain cloudy and she didn’t appear to be aware Dad was gone. At one point, when told that he’d passed she blurted out, “Now why would he do something like that?”  It was an odd thing to say but she was clearly not in her right mind.

The doctor suspected that Mom may have had some type of cancer. We decided not to put her through biopsies or other invasive or painful procedures to determine what was wrong with her because of her advanced age and mental state. Moving her in and out of her chair was a painful and exhausting experience.  Once  the family had arrived and paid their respects, she took her leave as well.

Their long years of marriage, despite their bickering had apparently created a connection that was stronger than anyone knew. She may have wanted to keep an eye on him so he wouldn’t flirt with any angels upstairs.

As Baby Boomers, many of us have been through the process of losing our parents or will eventually go through it.  Death is part of the human experience.  They were fortunate to have never suffered  the death of a child, which is a fear that every parent has.

In their younger days, they took us kids on numerous domestic trips and excursions. In their 60’s they began to travel abroad to Europe, Israel, Alaska, and Peru.  Dad, at various points in his life, flew a plane (he earned an instrument rating) had a cabin cruiser and a sailboat.

Our family never stayed in one place for long as we moved often.  I’d always thought of my parent’s as Jewish Gypsies.  Dad was in sales and sold everything you could imagine.  At one point he hawked a collection of books called the Negro Heritage Library and was active in the Civil Rights Movement.  Prior to 1965, I tagged along with him to Watts on a sales call and also to the Ambassador Hotel to meet some of the civil rights leaders at an event that took place there.

Before video cameras were in existence, Dad sold Fairchild movie cameras that had sound.  As kids, we recorded some of the first home videos that weren’t silent.  One production was a rendition of F Troop that was hilarious.

Dad had the acting bug right after the war and tread the boards as an actor at a community theater in Dallas. He played leading roles under the direction of a poor struggling thespian named Aaron Spelling who eventually became a mega-billionaire in the TV business.  After we moved to Los Angeles, Dad became involved with some relatives in an effort to produce a film about Mickey Cohen, the gangster.  Dad and his partners had offices at Hal Roach studios, meeting people like Boris Karloff, etc. Mickey went to jail and the movie was never made.Dad chucked his big cigars and returned to the world of sales.

Mom was a typical 1950’s housewife who was talented at dressmaking.  She made all our clothes. Because of this, I was always spoiled for store bought brands because they never matched up to the quality of construction Mom was capable of.  She was also an excellent shopper and always looked fashionable even though we were firmly ensconced in the middle class.

When my daughter was born, Mom would always show up with hand-made clothes.  It was sometimes frustrating because I wanted to dress my daughter myself. Everything Mom made was adorable and it was hard to complain.

Dad always thought he was on the verge of dying. He checked the newspaper obituaries every day to see if he was on the list. Once he said, ” If I pass away I’ve done all the things I wanted to do and have had a happy and fulfilling life.”

Despite the fact that he had many instances of supposed near death, including multiple angioplasties, a pacemaker, pneumonia, etc., he always managed to bounce back and recover like a cat with nine lives.  My mother was rarely ever sick.  She had arthritis and eventually needed a hip replacement. After her surgery, she picked up a nasty staph infection but recovered from it even though there had been some scary moments. For the most part, she was healthy and only took a single thyroid pill.

During their long marriage, there was one year they were separated. My dad found a girlfriend during that time. A friend and I met them in Vegas one weekend and it was awkward, to say the least.

My mom went to work doing alterations to help support my much younger twin brothers. They ended up getting back together but Mom never forgave Dad for his indiscretions and for not offering sufficient support.  On the positive side, Mom transitioned from being a passive housewife and became more independent and assertive to the point of being feisty.

Despite the bad times, mom still saw it as her mission to make sure Dad had his pants on correctly as they grew old.  She endlessly harassed him but we all knew it was done with love even though she would never admit it.  Dad was funny, charming and hard to resist.

I have no idea how Dad was able to live until 90 because he didn’t always take care of himself. He loved sweets, soft drinks, and hot dogs. In his 80’s, his doctors told him he had type 2 diabetes. Both of my parents lived with my sister and she had to watch what he ate.

I have to give a huge hug to my sister Janet and her “husband” Steve.  They both took care of Mom and Dad at their home for years. Dad became ill and had to be transferred to a nursing home for a short time where he eventually died. Mom had contracted the flu and had been staying there also when he passed.  She returned home again where she died 2 weeks after Dad. It was difficult and stressful time for my sister and her husband, to say the least.

I had the honor of being alone with Mom when she left this realm. My sister and the rest of the family were exhausted and had gone to sleep  I heard her calling for help and went in to sit with her.  She desperately wanted to go. I held her head and her hand to calm her down and told her it was alright to leave if she wanted to. We sat there for several hours.  Gradually her breathing started to become rhythmic as she began to make her transition. It was an intense moment and it was impossible to get up and alert the rest of the family.

I suddenly felt a whoosh and knew her spirit was leaving. It went through my entire body.  She was still lightly breathing and then suddenly stopped.  My body suddenly let out an uncontrollable primal wail and my son Arye, who had been sleeping in the living room, came into the room to see what was wrong.  I told him she was gone and then ran out to alert everyone else. They came to Mom’s room. Steve, who was trained as an EMT, checked her pulse.  She was gone. We called the nurse and spent most of the night waiting for her and the funeral home to arrive. Janet and Steve live in a rural area so it took a while for everyone to get there.

The next day we were all catatonic and sat watching mindless TV.  I’m grateful to have had Mom and Dad so long and glad they were well taken care of.  Kudos to the PACE Program that just happened to open their first center in this rural area of Western Colorado. PACE was amazing in their support of both of our parents.  Nurses and caregivers were sent to Janet’s home frequently to check up and care for Mom and Dad.  The doctor stopped by as well. That’s not something we’re used to in Los Angeles where I live.  PACE even sent a massage therapist who taught me how to help with Mom’s passing.

Both Mom and Dad led enjoyable and exciting lives even though there were moments that certainly weren’t perfect. It was hard losing our parents but my 3 brothers and sister were fortunate to have had a happy and carefree childhood.

Live life to the fullest  – Love – Have fun – Don’t sweat the small stuff. 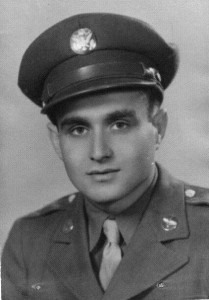