Home » 60 Minutes Segment Reveals How to Live to 90 and Beyond
Privacy Policy This post may contain affiliate links for products I recommend. If you purchase, I may earn a small commission at no cost to you.

Did you catch the 60 Minutes segment a while back with Lesley Stahl called “Living to 90 and Beyond?” It profiled the University of California Irvine (UCI) 90 + study on aging, which observed seniors over 90, who lived in Laguna Woods, California, previously known as Leisure World. The segment revealed how people can live to 90 and stay active and healthy. 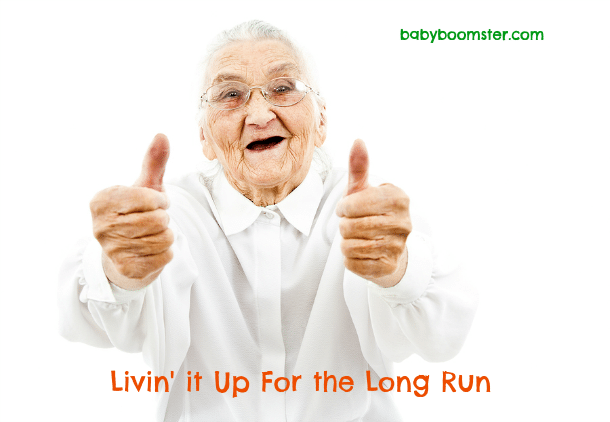 In the 1980’s, over 14,000 residents of Laguna Woods were given questionnaires asking them about their diet, exercise, vitamin intake, activities and medical history. Dr. Claudia Kawas led the study and was later able to locate 1600 original study volunteers who were still alive. One perky little lady, who was 95 at the time, drove a VW and walked 3 miles a day. She said she felt like she was in her 50’s.

The 90+ age group is growing rapidly as people are living longer. What was so intriguing about the 60 Minutes segment was why the test volunteers were able to live to 90 and beyond.  Some of the findings are contrary to what health gurus have been telling us in their zeal to market to the Baby Boomer market.

Important Findings on Why People live to 90 and Beyond:

I was particularly interested in #2.  I like the idea that being slightly pudgy is actually a good thing after all. Yee Haw!  (Notice I said slightly pudgy)

It’s difficult to determine what your “ideal weight” should be. I believe it should be based on the individual, because we’re all built differently, and age has to be considered.  As we grow older, our metabolism slows down making it harder to remain as svelte as we were in our 20’s.

I ran the numbers on a typical online weight chart for the ideal weight of a 60-year-old woman 5’2,” (me) and came up with the following:

In my opinion, most of the weight recommendations are light for an “average” woman over 60.

When I was in high school, I was 103 lbs.  At 35 (after having 2 children who were breastfed for 24 months each) I weighed in at 110.  After the age of 40, my weight began to slowly increase.  I’ve always exercised moderately and eaten healthy,  Today, according to the weight charts above, I’m considered to be obese.

I’d love to weigh 136 lbs but it’s good to know that being plump may be better than skinny. The advantage of having a little meat on your bones is that you have some padding if you fall. Plus, your wrinkles don’t show as much.

However, be aware, Dr. Kawas warned that obesity is not a good thing when it comes to longevity. Just don’t feel guilty if you have a little squish.

Most of the 90+ test volunteers had a daily cocktail or two. People who drink 2 glasses of alcohol a day have a 10-15 percent reduced risk of death compared to non-drinkers. The 95-year-old perky lady, mentioned above, said she had a glass of wine every evening but didn’t always finish it. It doesn’t seem to matter what type of alcohol you drink. A martini has the same longevity benefits as wine. On the other hand, sugar-laden cocktails are another story. 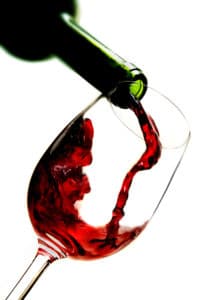 I was sitting next to a 101-year-old man while waiting to have a blood test one day and he told me he had a shot of scotch every evening. Drinking alcohol in moderation thins out the blood and prevents heart attacks.

Coffee also has health benefits.  Many of the test volunteers had 1-2 cups of coffee a day. 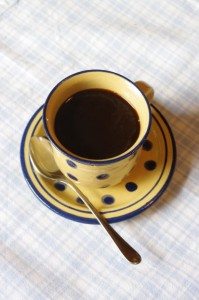 The study revealed that most of the 90+ volunteers never took vitamins. And for those who did,  it made no difference on how long they lived.

Exercising at least 15 minutes a day, whether it was walking, dancing, gardening, housecleaning, etc. affected the length of longevity in the test volunteers. However, the study found that those who exercised moderately 45 minutes or longer per day lived longer.  By moderately, that means it isn’t necessary to run a marathon, turn cartwheels, sweat excessively or “feel the burn” in order to live longer.

When study volunteers were asked if they ate dessert, most replied they happily indulged. It isn’t necessary to deprive yourself of indulgences once in a while if you want to live to 90 and beyond.

Mental decline in the test volunteers was also addressed in the study. The brains of some of them had significant amounts of plaque but they were still alert and cognizant. 40% of the cases studied had been misdiagnosed with Alzheimer’s. It was discovered that their memory problems actually stemmed from having a series of mini-strokes that could only be detected using a microscope. Dr. Kawas explained that the causes of the mini-strokes had not been determined, but she was hoping to find the answer soon. 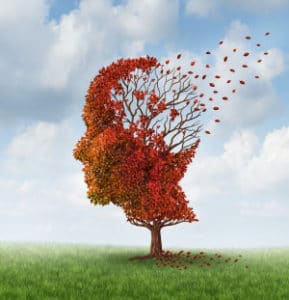 Other factors that helped test volunteers live to 90 and stay mentally active included;

There’s nothing wrong with making whoopee at 90+ and, apparently, many do.

The takeaway – As Baby Boomers, it isn’t too late to make changes in our lifestyle that may affect our outcome later on. The most important takeaway is to stay active and engaged. Use moderation when it comes to drinking, exercising, and take the time to enjoy life. Eat a little cake and don’t worry so much about your weight.

Interesting side note. My podcast partner just moved to Laguna Woods and is having the time of her life. May she live long and have fun!

What’s your take on the study? Is there anything you will change in how you live your life to live to 90 and beyond?  Please leave a comment below.