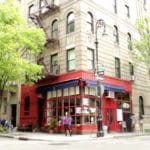 The Friends Reunion is currently streaming on HBO Max and it’s all over social media, but have you ever wanted to know where some of the locations for the show were filmed? On Location Tours has added a brand-new virtual tour of Friends locations that were shot in New York City. Friends was filmed at Warner Brothers Studio in Burbank, California but most of the establishing … END_OF_DOCUMENT_TOKEN_TO_BE_REPLACED