If you're looking for spooky things to do within the city of Los Angeles in the month of October here is a list of events you may enjoy. They range from Halloween to Harvest and Fall activities for the whole family. Nights of the Jack King Gillette Park in the Santa Monica mountains will be illuminated with Jack-o-Lanterns. You'll be able to drive through. It takes … END_OF_DOCUMENT_TOKEN_TO_BE_REPLACED

The village of Toluca Lake, founded in 1939, is a quaint offshoot of North Hollywood but has its own Chamber of Commerce. Its honorary mayor is comedian Fritz Coleman, who is a well-known weatherman for NBCLA News. The main thoroughfare is Riverside Dr., which is walking distance from Warner Brothers, Universal Studios and Citywalk, NBC, ABC, Disney Studios, and the Warner … END_OF_DOCUMENT_TOKEN_TO_BE_REPLACED 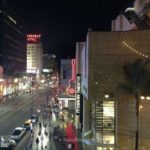 It's always fascinating to find out where our favorite movies were made. So I met up with some other bloggers to tour movie locations and other Los Angeles points of interest in Hollywood, Universal City, and downtown LA. Hollywood is the film capital of the world so what could be better if you're a movie buff? You can't visit Hollywood without hanging out on Hollywood … END_OF_DOCUMENT_TOKEN_TO_BE_REPLACED 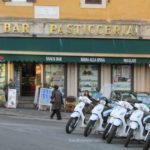 You could spend months in Rome, Italy, and never see all its wonders. From gargantuan ancient monuments to winding alleys filled with garlic-scented trattorias. The city bombards you with an array of street vendors and characters, but at the same time, is sophisticated and serene. We spent 3 weeks in Italy during the months of November and December. Our first stop was Rome, … END_OF_DOCUMENT_TOKEN_TO_BE_REPLACED