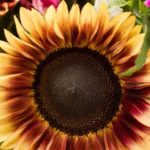 Were you or did you ever dream of living the life of a hippie when you were young? In 1968 I was a junior in high school, so I was just a tad too young to revel in the summer of love. But you can still live the hippie commune or Golden Girls lifestyle now that you’re older. I’m in that situation now. After my boyfriend, who I lived with for 15 years, died, I temporarily … END_OF_DOCUMENT_TOKEN_TO_BE_REPLACED

The Spanish Flu of 1918 lasted 2 years and had 4 waves. And, in case you didn’t know, it originated in Kansas. It was only named the Spanish Flu because Spain, which was a neutral country during WWI, was free to report about it in gory detail. After the flu ran its course, the Roaring Twenties began. People went wild and fun and debauchery reigned. In less than a decade, the … END_OF_DOCUMENT_TOKEN_TO_BE_REPLACED 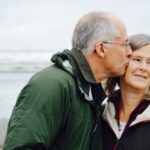 Many baby boomers are now considered ‘empty nesters’. If your children are grown up and gone, with families of their own, you might be thinking about relocating to a smaller place where you can enjoy retirement. In fact, 36% of boomers will move or plan to move when they become empty nesters. But relocating comes with its own set of challenges. One study found that 6 out … END_OF_DOCUMENT_TOKEN_TO_BE_REPLACED 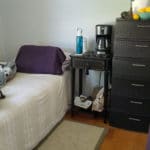 Who would have imagined I’d be renting a room and sharing a house with roommates at the ripe age of 60 plus? I certainly didn’t. I’ve always visualized myself living in a luxurious home by the beach decorated to fit my unique style. . . whatever that is. But that vision has yet to manifest. Life intervened several times, I made bad decisions, and now here I am – locked in … END_OF_DOCUMENT_TOKEN_TO_BE_REPLACED 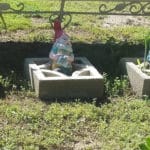 As I mentioned in a previous post, I moved into a room in a house full of strangers. And now that I’m somewhat settled, whatever that means, the isolation caused by the COVID-19 pandemic is making me antsy. All I can do is sit here in my tiny space working on my computer. So, I decided to go on a search for gnomes. I noticed on walks with my dogs there are several gnomes … END_OF_DOCUMENT_TOKEN_TO_BE_REPLACED