Home » Rethink Juicing – Good for You or Not?
Privacy Policy This post may contain affiliate links for products I recommend. If you purchase, I may earn a small commission at no cost to you.

I was watching TV the other day and a segment came on ABC News that suggested that people rethink juicing. It caught my attention. Juicing has been promoted to those who are health conscious as a miracle way to quickly lose weight or as an anti-aging formula rich in anti-oxidants.  However, according to registered dietitian Susan Dopart, all that happens when you pulverize fruits and vegetables in your juicer is that you get a blast of carbohydrates that turn into sugar. “Juicing takes out all the fiber out of foods and all you have left are the carbs,” says Dopart, “So, if you’re consuming 240 grams of unopposed carbohydrate, it’s equal to 15-16 slices of bread.” 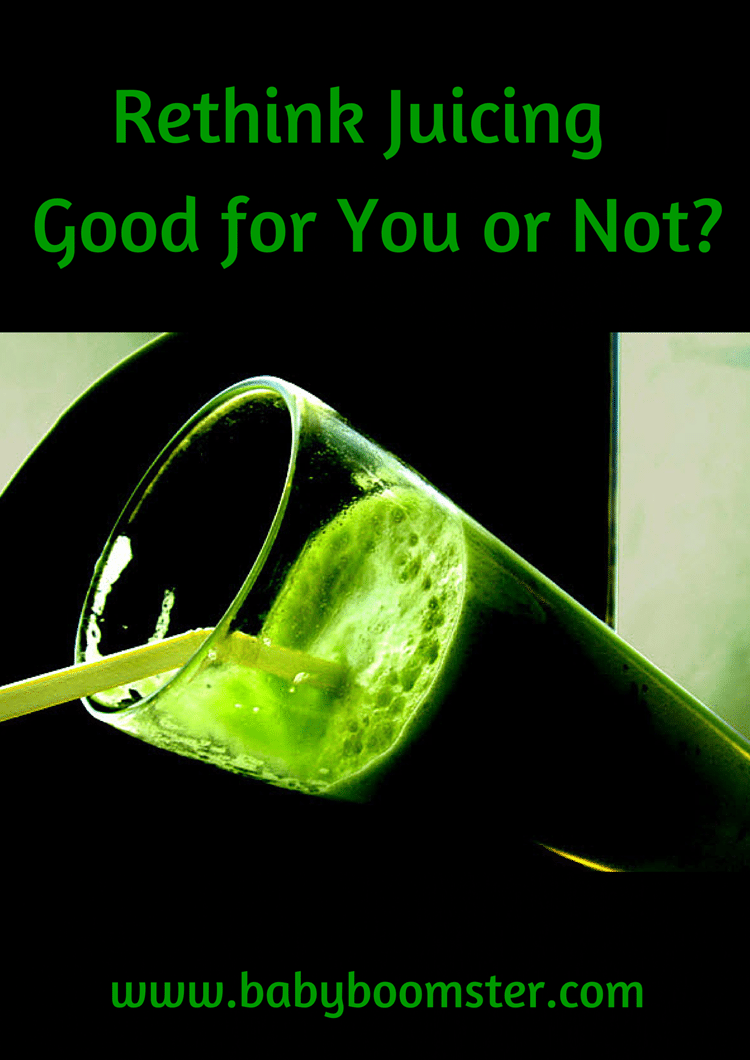 The other problem with juicing is that plants have a chemical in them called phytate that interferes with the absorption of nutrients like calcium, zinc, and iron in your digestive tract.  When you drink a large glass of juiced fruits or vegetables, you may find yourself lacking in important minerals. In other words, it’s better to eat your apple a day rather than drink apple juice.

A dentist friend of mine told me it’s important for people to chew their food rather than drink it because it helps you digest it better.

If you’re still a big fan of juicing or drinking smoothies, Dopart has a suggestion. “A better solution would be to have a smoothie that contains unsweetened almond milk, flaxseed, maybe one vegetable, one fruit, and a little bit of protein powder.  Combine some sort of protein and fat in your smoothie for a better nutritional mix.”

I’d much rather eat my fruits and vegetables whole rather than drink them. Unless of course, it’s a tasty gazpacho.  A beautiful meal with foods in their natural state is more sensual and appealing to look at, but that’s just me.

Watch this video for more information on why you may want to rethink juicing:

What’s your opinion when it comes to juicing?  Are you for or against it? Please leave a comment below.