Home » For Your Consideration – Emmys 2019 TV Shows You May Enjoy
Privacy Policy This post may contain affiliate links for products I recommend. If you purchase, I may earn a small commission at no cost to you.

Doug is a member of the Television Academy and every year we attend a series of events that feature a screening, Q & A and reception for shows up for Emmy consideration. The field has gotten so huge it’s overwhelming. It’s a party every night and I don’t have to cook dinner. I thought I’d feature a few of my favorites for Emmys 2019 consideration.

Most of the Emmys 2019 FYC events take place at the TV Academy’s Wolf Theatre in the Saban Media Center. It holds about 600 people and is state of the art. Other venues have included The Hollywood Athletic Club, Netflix Studios, Netflix at the Raleigh Stages, the Neuehouse, Paramount Studios, and the Linwood Dunn Theatre. A few were held in downtown LA at the Regal Cinema, Two Bit Circus, and Vibiana (which used to be the main Cathedral in Los Angeles and was built in 1885)

It’s always fun because many members of the cast, producers, and other crew show up and food is plentiful. I haven’t stepped on a scale in a few weeks and am afraid to.  I’m not one to rush up and get an autograph but I did get lots of photos, so here goes:

The Hollywood Athletic Club, built in 1924 was the health club for stars like Charlie Chaplin, Cecil B. DeMille, Johnny Weissmuller, Rudolph Valentino, Mary Pickford, Walt Disney and a host of other celebrities. It’s now being used for events and Amazon completely transformed it by setting up rooms and spaces to feature many of its shows. They included Mrs. Maisel, The Man at the HighCastle, Good Omens, Jack Ryan, A Very English Scandal and several others. Guests could walk through interactive displays, take photos, and eat massive amounts of food and booze.

We missed the Mrs. Maisel evening, but I was told Rachel Brosnahan and Michael Zegen were on hand to take selfies with TV Academy members who attended. Amazon had many of the costumes on display and even set up a switchboard, canoe at the Poconos, and a Black and White TV show with staff on hand to take photos.  I ended up with at least 4 shades of vintage Revlon lipsticks as swag. Mrs. Maisel is my number 1 favorite show, but we could only attend by lottery, and we missed out on this one.

In addition to the younger actors, it’s nice to see Baby Boomers like Tony Shalhoub, Marin Hinkle, Kevin Pollack, and Cynthia Darlow, who have helped make the show a hit.  They are sure to sweep Emmys 2019 Awards again.

If you see any show on television this year, A Very English Scandal is a must-see. It stars Hugh Grant, who was on hand for the Q & A. He was hilarious, super charming and still sexy. The show is an outstanding 3-episode mini-series and true story about a former member of British Parliament, Jeremy Thorpe, who had a dalliance with a gay male model and was tried and acquitted of trying to murder his lover (played by Ben Whishaw) in 1979.

Homecoming stars Julia Roberts who plays a caseworker for a facility that transitions soldiers back to civilian life. Through a series of strange happenings, she loses her memory of events and starts a new life living with her mother (Sissy Spacek) working as a waitress. It was originally conceived from a podcast and is kind of creepy. Roberts, who I have not always been a fan of, does an excellent job in the role of Heidi Bergman. I think it’s one of her best roles. 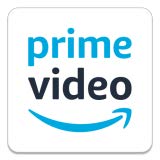 Netflix has become the behemoth of TV production these days including a documentary I appeared in called Struggle about a Polish artist I knew in the early 80s. If you get a chance, please watch it.  The company set up an entire stage on the Raleigh Studios lot to display and present their shows. We’ve been there several times this season.

One of the most enjoyable evenings we attended was the Grace and Frankie event with Jane Fonda, Lily Tomlin, Martin Sheen, and Sam Waterston. Jane Fonda is 81 (hard to believe from looking at her) and the others are just short of that. They had the entire audience wetting their pants during the Q & A.  I love to binge on that show when I need a lift of funny.

We also did an evening with Adam Sandler who was promoting his Netflix special 100 % Fresh at the same location. He’s making a comeback as a standup comedian and it’s a compilation of his live performances at venues both small and huge. After the screening, he was interviewed for about an hour. The show is outrageously funny, dirty, and irreverent but in person, he’s a sweetie pie and a devoted family man. Lots of F-words and depictions of bodily functions in this one. Be warned.

Other Netflix events we attended for Emmys 2019 included:

Knightfall on The History Channel is about the Knights Templar and one of its stars is Mark Hamill from Star Wars. You wouldn’t recognize him. He plays a crusty old knight and does a brilliant English accent. Mark was also hilarious on the panel and the food was fit for a King. Though it’s violent, some of the Knights like Tom Cullen are enjoyable to look at. If you know what I mean.

It doesn’t get any funnier than this. Schitt’s Creek stars Catherine O’Hara and Eugene Levy along with his son Daniel in this quirky Canadian sitcom on Pop TV. Levy and O’Hara are a wealthy couple. He owned a video store and she was a soap opera star. They find themselves broke, but their one remaining asset is a small town they bought on a lark years before.  They move there and are living with their two spoiled kids. Daniel, who is gay in real life, plays his openly gay son.

Insecure – We got Insecure towels to take home as swag. One of our dogs is using it as an insecurity blanket. It’s a funny comedy starring Issa Rae.

Better Things – Pamela Alton plays a single mother and working actor with three daughters. She looks out for her mother who is starting to lose it. It’s an irreverent comedy with a fun cast. Her boyfriend is played by babyface Matthew Broderick. It’s hard to believe that Farris Bueller is now over 50.

You’re the Worst – The event for this show took place downtown with the screening at the Regal at LA Live. Then we were bussed to Two Bit Circus (Chucky Cheese for Adults) in the Arts District for fun and games.  It’s about modern love told through the eyes of a couple of narcissists who are terrible for each other.

Catch 22 – This limited series was produced by George Clooney, who was in attendance, based on the Joseph Heller novel. Guess who forgot their phone and didn’t get any photos of George?  My dad was a Bombsite mechanic and bombardier on B-24s in the Air Force during WWII, which is what the show is about. It depicts in a satirical way, the brutality of war during that period but does it without showing the blood to an extent.

I am the Night – complete with mimes – This is a dramatized version of a true story. Fauna Hodel was given away at birth to a black mother and was mixed race. She discovers her father was George Hodel, a Los Angeles businessman, who was thought to be the murderer of the Black Dahlia in Hollywood. He lived in a home on Franklin Ave in Hollywood. It was designed by Frank Lloyd Wright and the entryway resembles a shark’s mouth. Hodel held many sordid Hollywood parties there where much debauchery took place.

Black Monday – This comedy stars Don Cheadle as a cocaine-snorting stockbroker and takes place shortly before the 1987 stock market crash.

Kidding – Jim Carrey stars as a children’s television star (sort of like Pee Wee Herman) whose life takes a turn with the death of one of his sons. We enjoyed his panel. He acts outrageously in much of his work but is sweet, funny and a little shy in person.

Sacha Baron Cohen, Who is America? – You wouldn’t believe the footage this guy got. OMG – Dick Chaney, Berny Sanders, Several Congressman, Joe Arpaio, and others doing and saying things you can’t imagine. Cohen plays a variety of characters in different costumes and makeup and cons his way in to film them documentary style.

Life Below Zero – The people in this series live in 60 below temps and are pretty amazing. I especially love Sue Aikens, a 50 plus woman who lives in the middle of nowhere by herself and runs a B & B. Most of her friends are animals and she’s not afraid to shoot anything.

The Hot Zone  – Julianna Margulies stars in this limited series. It’s the true story about an Army veterinarian pathologist Nancy Jaax, who in 1989 comes in contact with the Ebola virus transmitted by lab monkeys. Scary stuff.

The Story of God – This series starring Morgan Freeman travels around the world to explore various facets of God and religion. The episode we watched was about finding the devil. It was fascinating and Morgan has a great gig traveling to amazing locations.

Free Solo – Alex Honnold climbs El Capitan in Yosemite without a rope. He came to the screening at the Cinerama Dome and partied with us afterward. It’s an amazing film and all I can say is I’m glad I’m not his mother. It won the Academy Award for Best Documentary.

Dirty John  – This is another true story that started as a podcast. Connie Britten plays a successful designer who lives in Newport Beach. Looking for love, she gets involved with a doctor (played by Eric Bana) who turns out to be a creepy liar and conman. He manipulates her much to the horror of her family including her mother played by Jean Smart.

A Night of Food and Fashion with Top Chef and Project Runway at Vibiana –   Guess who brought the food?

What are your favorite television shows?

There are so many TV shows being made right now it’s completely overwhelming. I don’t know how anyone has time to see them. And we only have basic cable. We’re fortunate to get sent DVDs of many of the Emmys 2019 shows so we can pop them in and watch them when we have a chance. Right now we must have over 200. I have to tear myself away from the news so I can start watching them.

What are you watching on TV these days? What shows would you like to see win the 2019 Emmys? Please leave a comment so I can watch them too.