Home » Bydgoszcz, Poland: An Artful Mill Town
Privacy Policy This post may contain affiliate links for products I recommend. If you purchase, I may earn a small commission at no cost to you.

Doug was invited to speak at the Camerimage Film Festival in Bydgoszcz, Poland so we hopped on a plane to spend 4 fun-filled days there before touring Warsaw, Krakow, and taking a river cruise from Budapest to Prague. This charming mill town city is located in the Northern part of the country on the Brda River. 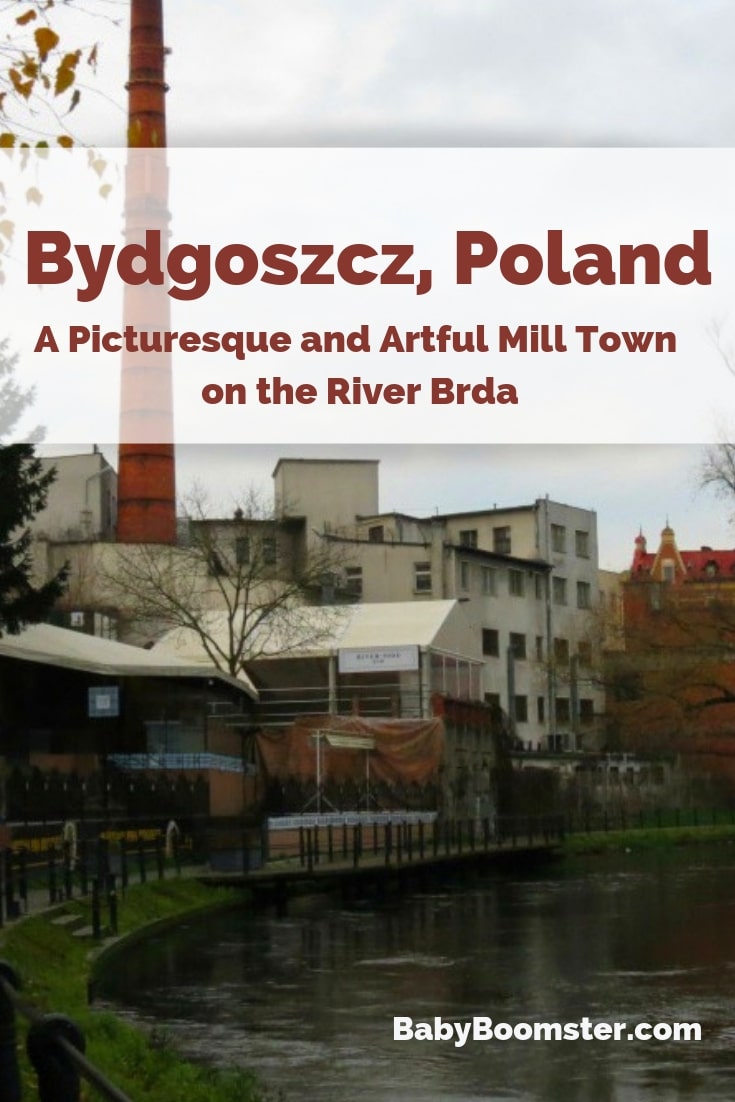 We arrived after a 10-hour flight from Los Angeles to Frankfurt, a 1 ½ hour flight from Frankfurt to Warsaw, and a 4-hour taxi drive from Warsaw. In retrospect, we should have landed in Gdańsk because it was a couple of hours closer, but our itinerary was booked through the film festival. My butt and back were aching, especially since the seats on our main flight were cramped for anyone over 12 years old. I was stuck in a middle seat, something I always try to avoid. Sitting for long periods of time on a plane is difficult for anyone, but especially for those of us over 50.

The danger of developing an embolism is possible if you don’t make sure to move around every once in a while. I’m sure the guy in the seat in front of me hated my guts because I wiggled so much. I barely slept the entire journey because I’ve never been good at napping on a plane.

Arriving at our hotel

We were booked to stay at the Hotel Sloneczny Mlyn, which is a comfortable and conveniently located hotel near the Opera House. As soon as we checked in, we were whisked away by our designated handler, Basia (Barbara), who took us to the festival and then to a sumptuous party. When we finally hit the sack, I slept like a log all night. Even Doug’s loud and erratic snoring didn’t faze me. The next day, I felt completely normal with no jet lag.

The Opera House is where the Camerimage Festival takes place. It’s located on the River Brda and is a state of the art facility.

In the morning, we went down to the dining room to enjoy a scrumptious Polish style breakfast buffet. It was so much more interesting than American buffets and included Polish specialties like Bigos, (hunter’s stew) pierogi (dumplings with various fillings) fish, cheeses, button mushrooms, cucumbers, tomatoes, pastries, and delicious coffee. My kind of breakfast!

A quick tour of Bydgoszcz

Later in the day, we took off with Barbara to visit the old section of Bydgoszcz. (Pronounced Bid – Ghost with a ch on the end) It took me a while to spit that out correctly. There was a war memorial in the Old Market Square to commemorate residents killed during WWII.

Saint Andrew Bobola’s Church in Bydgoszcz was built in 1903 in the Gothic Revival style. I was immediately mesmerized by the mystical insignia at the portal.

This is the colorful ceiling and pillars of the Bydgoszcz Gothic Cathedral Church that was built in 1466 on the site of a wooden church burned down by Teutonic Knights.

More photos of the Old Town

Click on the images below to view the full-size photo gallery.

See more photos of our trip to Poland here.

Lunch at a centuries-old Polish restaurant

We had lunch at a rustic old restaurant called Karczma Młyńska (Mill Tavern) housed in a 300-year-old building. It’s located on the Brda River on Mill Island and is decorated with antiques from Germany, Austria, and Italy.

The first item they served was a small pot of pork fat that you spread on freshly baked bread. At first, the idea of it sounded horrible, not to mention the fact that it isn’t very healthy, but it was tasty. (Click on smaller images to view full size)

I also had a bowl of Zurek soup made with soured rye flour and meat (usually boiled pork sausage or pieces of smoked sausage, bacon, or ham). and a shot of cranberry vodka. It was a perfect warm-up, especially for a southern California girl who’d just left 90-degree heat.

My companions dined on stuffed pierogi with ham and Barszcz. (beetroot soup)

Polish cuisine, like most other Eastern European countries, is big on meat. I unknowingly bit down on some pickled pig’s feet. My Polish sister in law, from my late husband’s side, loves pickled pigs feet but it makes me gag.  I have no problem eating pork, but if it’s wrapped in greasy gel, no thanks! I’m also not a fan of pickled herring, another Eastern European favorite that my mother loved, even though I adore eating fish.

One of my favorite Polish dishes is Bigos. It’s a hunter’s stew made with chunks of meat and kielbasa sausage, simmered with sauerkraut, cabbage, onions, potatoes, herbs, and spices. In the 80’s I had an eccentric acting teacher who was Polish.  He spent days cooking bigos for his birthday  I looked forward to it every year. 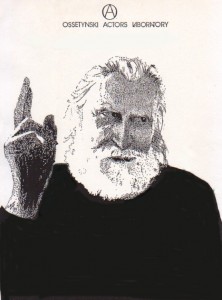 Meat is a big thing in Poland

Most of the restaurants in Poland feature Kielbasa or other types of sausages.  In small Polish butcher shops, you’ll find fresh handmade sausages that are free from all the fillers and junk that are in American made sausage. Goose, duck, pheasant, and rabbit are also popular menu items in Poland.

One dish that I have no desire to try is duck’s blood soup.  Sorry, even though I’m a raving foodie, I just can’t go there.

A brewery by the river

On one of the days the guys were off doing their presentations, Barbara took me sightseeing along the river Brda and we ate lunch at a local brewery.

The next day, the guys joined us there. Did you say beer?

When you don’t speak the language

Many older people in Poland don’t speak English. However, students in school are now required to learn English at school so if you need directions you should ask a young person. Barbara was able to help us pick out what we wanted to eat on “Polish only” menus, take trams and decipher train schedules. I wish we could have taken her with us when we left for Warsaw and Krakow.

I asked Barbara if heart disease was a big problem in Poland because of their meat-heavy diet. She didn’t think so but I later found out that heart, respiratory disease, and cirrhosis of the liver, due to drinking lots of vodka are common problems for Poles. Their diet may not be the healthiest in the world, but their food is still delicious to eat. Cabbage, wild mushrooms, and beets are cancer fighters after all. I love stuffed cabbage, cabbage soup, Barszcz and anything with sauerkraut! The Poles also love to eat wild berries and other fruits when they’re available.

Barbara said there are vegetarian and vegan restaurants popping up in Poland for those who are more health-conscious, but because the weather is harsh, and it gets dark as early as 4 pm in the winter, that probably explains why they love eating so much meat. It keeps them warm on long winter nights!

Bydgoszcz was charming and visiting a smaller town in Poland is a wonderful way to learn more about the people and their culture. I hope we get invited back again someday.

Check here to see the best things to do in the area.

What’s your favorite Polish dish? Please leave a comment and let us know.