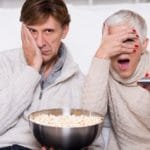 In the 80s I was hooked on Dallas and Falcon Crest. If I didn’t get my weekly fix, I went nuts. They were both addicting, and I didn’t know how I was going to cope after they were canceled. A few weeks ago, another soap opera announced it was ending its run. The daily drama had characters crazier than JR ever could be. You know what show I’m talking about We watched in … END_OF_DOCUMENT_TOKEN_TO_BE_REPLACED

At the time I’m writing this we’re 10 months into the pandemic and it’s still going strong. Who could have ever imagined we’d still be locked down? Of course, that isn’t true everywhere in the U.S., but it certainly is here in Los Angeles. Has adapting to the pandemic been hard for you? How has your life changed? About appearances I haven’t dyed my hair since February … END_OF_DOCUMENT_TOKEN_TO_BE_REPLACED 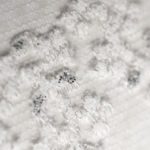 I had been escaping from the Internet for most of the day when I happened to check my Twitter feed. I couldn’t believe it! Justice Ruth Bader Ginsburg was gone! Many of us hoped she’d last through January and yet it was amazing she made it so long. She died of pancreatic cancer. I know how brutal that disease is because my boyfriend died from it at the beginning of the year. … END_OF_DOCUMENT_TOKEN_TO_BE_REPLACED

It’s always hard to hear that a person has passed away from cancer. It’s a horrible disease that can completely change a person’s life as well as their families, causing deep pain and enormous stress. With Senator John McCain’s passing from Glioblastoma Multiforme, it reminds me of what our family went through when my husband succumbed to the same brain … END_OF_DOCUMENT_TOKEN_TO_BE_REPLACED

At one of my networking groups, we had a speaker who educated us on the topic of human trafficking and its prevalence in the US. She is a member of the FBI Civil Rights Unit. I will keep her name out of this post to protect her identity. Her department deals with Federal Civil Rights. There are currently 56 FBI Field offices in the US, divided into 2 separate squads. Her … END_OF_DOCUMENT_TOKEN_TO_BE_REPLACED