It’s always hard to hear that a person has passed away from cancer. It’s a horrible disease that can completely change a person’s life as well as their families, causing deep pain and enormous stress. With Senator John McCain’s passing from Glioblastoma Multiforme, it reminds me of what our family went through when my husband succumbed to the same illness. Glioblastoma … END_OF_DOCUMENT_TOKEN_TO_BE_REPLACED

At one of my networking groups, we had a speaker who educated us on the topic of human trafficking and its prevalence in the US. She is a member of the FBI Civil Rights Unit. I will keep her name out of this post to protect her identity. Her department deals with Federal Civil Rights. There are currently 56 FBI Field offices in the US, divided into 2 separate squads. Her … END_OF_DOCUMENT_TOKEN_TO_BE_REPLACED

Being an American and living the standards and ethics that it stands for have always been important to me. I’m the mom of a son who is active military and have always been proud of those in uniform who serve. But like many other Americans, I’m not proud of how we’ve become divided, especially in the last few years and am not afraid to speak out when I see things that are … END_OF_DOCUMENT_TOKEN_TO_BE_REPLACED 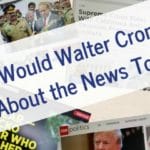 Growing up during the 1960s, there were two main sources of news: Walter Cronkite and the Huntley and Brinkley Report. Our family was a fan of Uncle Walter. We watched him as he sadly took us through the assassinations of President Kennedy, Robert Kennedy, and Martin Luther King. We also celebrated with him when the Neil Armstrong set foot on the moon. He was a man you could … END_OF_DOCUMENT_TOKEN_TO_BE_REPLACED 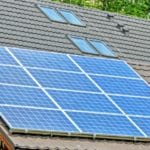 To say that I’m ashamed that the U.S. pulled out of the Paris Climate Agreement would be an understatement. We are the biggest power in the world, with the best in high-tech technology and there’s no excuse for de-regulating environmental protections that will keep our world safe for our kid's grandchildren, and beyond. Remembering the smog When I think back on the thick … END_OF_DOCUMENT_TOKEN_TO_BE_REPLACED