Home » Baby Boomers on Social Media – Where do You Hang Out Online?
Privacy Policy This post may contain affiliate links for products I recommend. If you purchase, I may earn a small commission at no cost to you.

When we were growing up in the 60’s and 70’s we were told: “never trust anyone over 30.” Now that we’re over 50, I’m sure Millennials feel the same way about us. It’s hard to imagine your grandparents being tech savvy. But Baby Boomers have their heads in their phones almost as much as kids do.  And there are plenty of Baby Boomers on social media even though we grew up playing outside instead of fixated on a video game. 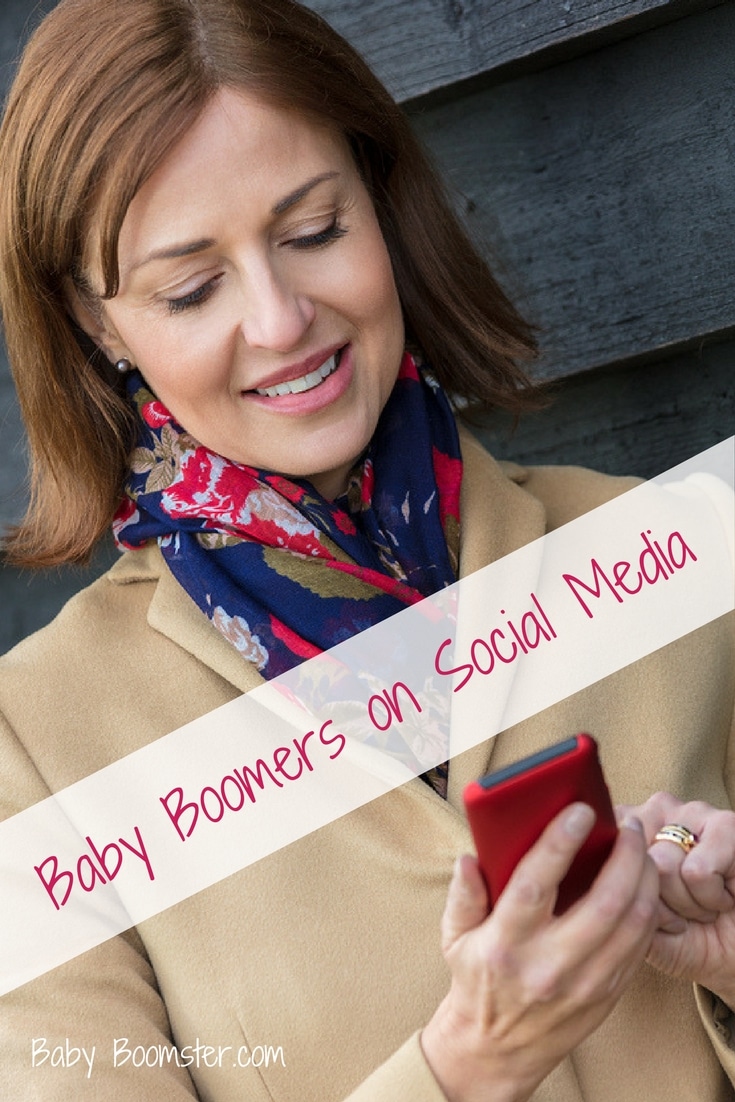 Baby Boomers on social media: Where do you like to hang out online?

We all have our favorite social media sites so I’ll start with myself. Then, please fill in the survey (to enter my $50 Amazon gift card giveaway) or comment below and tell me what sites you like best.

I embraced the online world in the late nineties when I was given a Windows 3 computer as a birthday present. It had the lightning fast speed of 33 MHz and a dial up modem.

I somehow missed MySpace and didn’t get into forums. Most of my “relationship building” was done through email with friends sending joke chains.  Then there was Facebook.

When it comes to Baby Boomers on social media, it’s fair to say that most of them are on Facebook. In fact, we probably booted off a lot of Millennials because they don’t want their parents knowing what they’re up to. That’s understandable. We didn’t either when we were kids.  Some moved on to apps like Snapchat that are harder to figure out. I still don’t see the point of posting videos that disappear right away so even though I have a Snapchat profile, it’s a virtual wasteland.

When I first joined Facebook, I friended a bunch of people I didn’t know because I thought it would be a good networking opportunity. I’ve since purged some of them because of the contentious political landscape. I also accepted friend requests from a lot of my voice over fans. I sometimes regret that I did because some of them pop up on my Timeline or in Messenger at inappropriate times. They’re a little weird, but I’m glad they still like me.

It took me a while to get into the groove of Instagram. As a blogger, I didn’t see what the advantage was to a platform where you couldn’t insert links. But now, I’m getting into it because brands love it. It’s great for travelers, foodies, and photographers and I love posting interesting images.  I almost never post selfies, though and leave that to 20-year-olds. My wrinkles can stay behind my camera, thank you very much.

I don’t have a huge amount of photos on Instagram yet because I’m trying to curate them to reflect my love of travel. I deleted some of my first attempts because they weren’t in sync with my theme. My first Instagram post was a shot of a probiotic brand I was writing about on my blog. My daughter took one look at it and commented “WTF?”  I took it down and now avoid posting “cheesy commercials.”

I love Pinterest!  Pinning photos is time-consuming but it’s a fun way to collect images of things I enjoy and I can link to my blog posts for more visibility. I wish I had more time to spend on it, but if I did, I’d never leave my computer.

Believe it or not, I have 4 Twitter accounts. I know, insane, right?  The reason is, I have multiple personas and they don’t always blend together.  @baby_boomster is the one I use most. I tried getting @BabyBoomster but someone else nabbed it and wouldn’t give it up even though they never use it. @rebeccaforstadt is for my voice over fans and actor friends, @rebeccaolkowski allows me to rant a little bit, and @2boomerbroads is for my podcast.

If I ever need to learn something, I always go straight to YouTube because I’m a visual learner. My own YouTube channel is a work in progress or really a work with no-progress so far. I want to start making videos but that means editing and I’m already on overwhelm editing my podcast. It’s still something I want to do, though.

Some YouTube videos are DUMB and make me crazy when I watch them.  I especially hate when there’s no dialogue and you’re expected to follow a wildly moving cursor. I also can’t stand the ones that waste your time with unnecessary footage like “unwrapping a package” or mindless chatting. If there’s coughing, sneezing, and lip smacks it’s an immediate turn-off for me. Video creators should at least try to be professional. I’ve learned more from 12-year-old geeks than from adults who are hard to understand or are boring.

I don’t know why, but I’m not a huge fan of live-streaming videos like Facebook Live or Periscope. They make me feel uncomfortable. If it’s something that sounds interesting, I’ll turn it on after the live version is over. Otherwise, I feel like a stalker.  I’d rather sneak in and sneak off without anyone knowing I’m there.

Facebook suddenly started making videos play out loud as soon as you scroll on them. If you’re sitting in a doctor’s office or in the library checking your feed you get busted if you didn’t turn off your sound.

I’d love to know where you hang out online. Please fill in the survey below (Baby Boomers on Social Media) and be entered to win a $50 Amazon Gift Certificate. The winner will be chosen by Random.org after midnight PST on Friday, August 18th. Don’t worry, you won’t be stalked and your email address will only be used to notify the winner. I’m simply doing research to be able to serve you better. And please follow me on your favorite social media sites, by clicking the links above.