Home » 12 Tips to Avoid Fainting in Public and Hurting Yourself
Privacy Policy This post may contain affiliate links for products I recommend. If you purchase, I may earn a small commission at no cost to you.

I fainted again for the second time. You can read about my first experience here. When it first happened almost 2 years ago, I was totally freaked out because I’d never fainted before in my life and was terrified that something was seriously wrong with me. My doctors ran tons of tests, including MRI, EEG, Holter Monitor, EKG, etc., but didn’t find anything wrong. They thought I may have been dehydrated. I didn’t think I’d gone that long without water, but now, to avoid fainting,  I carry a reusable water bottle everywhere I go. 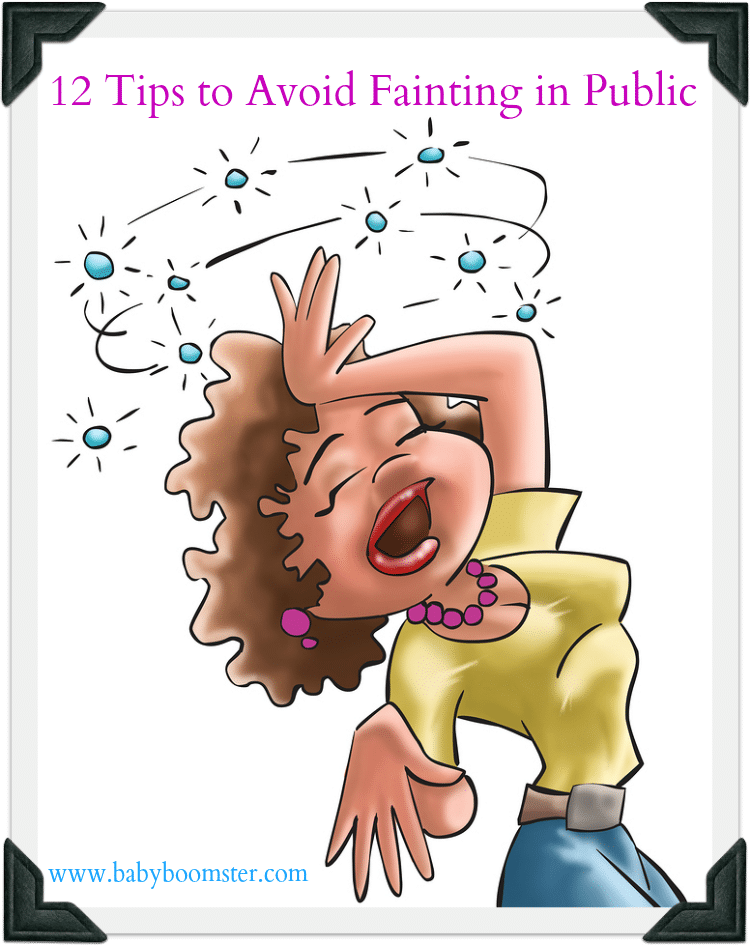 I was sitting at a tall restaurant table at one of my favorite San Fernando Valley restaurants and had just started to dive into a fabulous seafood dinner when I suddenly felt like I was going to pass out. (Disclaimer – It had nothing to do with the food because it’s always wonderful) I tried drinking some water but it was too late. Next thing I knew I woke up under the table . . . again. I must have a thing for passing out at dinner tables.

I remember before it happened trying to tell Doug I thought I was going to pass out. He said he grabbed me, but then I jerked away and he couldn’t hang on. Thankfully, I didn’t break my neck. Instead, I did a major number on my right foot. I sprained the “you know what” out of it and it hurt like hell.

The owner of the restaurant wanted to call 911 but Doug didn’t think it was necessary. Apparently, he thought doing a header off a high chair on my head and mangling my foot didn’t warrant an ambulance. (Men can be idiots)  He and an 80-year-old waitress helped me hobble to the car.

I ended up crawling around for a few days until he finally bought me a set of crutches. I hated being an invalid and my weekend was ruined. Luckily, after getting an X-ray, I was told my foot wasn’t broken.

I know now that my fainting (syncope) was caused by a vasovagal response. My sister has the same problem and has fainted numerous times. Now, I guess, it’s my turn. Vasovageling (my term) is not a dangerous condition in itself unless you fall and hurt yourself. The tendency toward it sometimes happens after the age of 50. However, you always want to avoid fainting and hurting yourself if at all possible.

What makes you faint?

Fainting is caused by a drop in blood pressure. Have you ever sat on the pot, trying to crank out a stubborn number 2 and suddenly felt hot or weird? (sorry about the visual) It was probably because your blood pressure dropped. If you aren’t careful, you might land butt side up on the floor. Not a pretty picture.

Fear or panic will also cause you to faint, like in my sister’s case. If my sister or Doug needs a shot, they both have to be lying down or they’ll pass out.

Other causes of fainting include standing up too long, becoming overheated, drinking alcohol when you’re dehydrated, or going too long without eating.

Both times I fainted I was standing for a long time on a warm day, had a little wine, waited too long to eat, and didn’t drink enough water.

I never want this to happen to me again or to any of you, so I did some research on how to prevent fainting.

The 12 best ways to avoid fainting in public:

Just a side note about men as nurses. 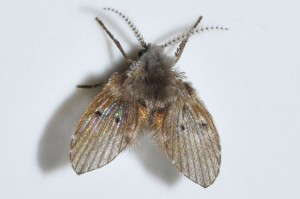 Doug was a pretty good nurse during this ordeal, but he was freaked out by the whole experience. After we arrived home from the restaurant and he was helping me up the steps to our house a big moth flew into his ear. No matter how he tried, he couldn’t get it out. The monster was flapping like crazy inside his ear canal. Crazed, he dumped me off at the house, turned around, and took himself to the ER, leaving me to literally crawl on the floor to the bed.

I do a header off a tall chair spraining my foot and he flips out because a moth is in his ear? $100 later, the doctor in the ER pulled it out. It was huge and had gone way inside his ear canal. The doctor actually had to kill it in order to get it out. He said he’d never seen anything like it. Apparently, Doug had been attacked by Mothra.

Worried about your health?